Previous Next
April 2022 Author of the Month: ROCK NEELLY

April ushers in wet weather, early blooms, and a new release from this month’s special author, Rock Neelly. If you follow my writing journey, you already know that I seek out fellow authors wherever I roam. I met Rock at Mulberry Street Books in Lebanon, Ohio, and invited him to sit down for a chat with me this month. Neelly hails originally from Hutchinson, Kansas, and grew up spending weekends on family farms in both Oklahoma and Kansas. The son of teachers, he grew up shooting basketballs and pheasants. After attending college in Denver, he began writing for newspapers, magazines, and other publications. His work includes four novels, one collection of short stories, and one novella. Currently, Rock is a professor of literature and film in Northern Kentucky. 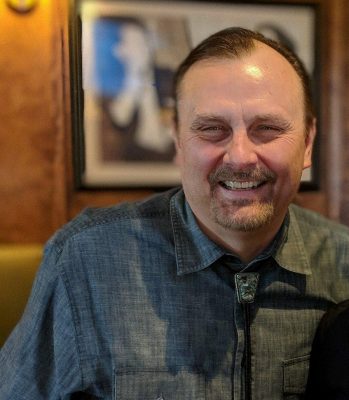 Janet E. Irvin: Your career as a writer is accompanied by your role as a professor. You have also held other positions along the way. Which has had the most impact on your writing? In what way?

Rock Neelly: Certainly that as a writing instructor. The book Outliers by Malcolm Gladwell talks about the needed 10,000 hours of practice to become a master of your craft. Teaching at a community college gave me the practice. Lots of grading, lots of editing. Whether I developed any mastery is up to the reader to decide.

JEI: You grew up on a farm in Kansas and credit your mother with giving you that love for reading that sparked your interest in writing. Do your rural roots influence the thematic elements of your work in any way?

RN: I don’t know what it is about Kansas and detective fiction. Rex Stout, one of the top five detective novelists of the 20th century, is from Kansas. I went to Fort Hays State to do my undergraduate work. Mickey Spillane went there. He went on to sell 225 million books. Sarah Paretsky is from Kanas, and so is Gillian Flynn. I met both. They are lovely folks.

As for me, I played basketball, hunted pheasants, acted in school plays, and read a ton of books. I had a great childhood and I was pretty normal. Although I was the only seventh grader ordering the entire canon of Alexandre Dumas for my summer reading list!

JEI: I understand that. I read the entire Sherlock Holmes collection in seventh grade! Now, your series — The Purple Heart Detective Agency -is set in Cincinnati, right? Why did you decide to place the action so close to home, as it were?

RN: No, the Purple Heart trilogy is set in Los Angeles. I was national sales manager for colleges of Velva Sheen, an old Cincinnati company. Later, I became a regional director of the West Coast. We had a Disney license and I spent a lot of time in L.A. For me, it has a romance to it. Philip Marlowe will always be drinking a gimlet on Sunset in my mind when I think of the City of Angels.  I had to write my books with my detectives there. The Purple Heart series are entertainments. Swimming pool reading. But The Purple Heart Detective Agency, book one, has remained 60 percent of my sales every year now in its seventh year. It has legs as they say.

River of Tears is a Cincinnati-based police procedural. I liked being able to research both the local police and the FBI to write that book.

JEI: As a professor of film as well as literature, what aspects of filmmaking are valuable for writers?

RN: The famous University of Iowa writing instructor John Gardner said novels aren’t supposed to be like film. They are two different mediums. Novels are about interior motives; movies are about actions. However, he was from an age that was predisposed negatively of film and certainly TV. I am not of the same mindset. I see scenes. My chapters are scenes in a movie. I end chapters with the word “cut” in my head. John Gardner is spinning in his grave, I expect.

JEI: Are there specific mentors from your own educational journey that influence your work today?

RN: Certainly, Robert Beattie, the true-crime writer of The Hunt for BTK. He got me started writing novels. Forces me in a way. Other teachers were important, too. Bob Davidson, my editor at the Hays Daily News when I was first starting to write.

My current publisher, Tony Acree, runs Hydra Publications. He has done great by me, and he is quite the writer himself.

JEI: Did the past two ‘pandemic’ years affect your productivity in any way?

RN: More time at the keyboard, which is both good and bad. I did write the better part of two books. My new book, The Salt Fork Stations, came out this March. A new genre for me – historical fiction. Kansas and Oklahoma from 1893 to 1970.

JEI: You were also a basketball player in high school and also a musician at one time. Do you draw on those experiences in crafting characters for your novels?

RN: Each of my books has a playlist inside the back cover. The song list is themed by the book’s plot.

JEI: What a great way to tie the two arts together! What are you reading these days? What’s on your writing calendar?

RN: What am I reading? Just finished Russell Banks’ Continental Drift. Depressing. I have Haley Mills’ biography on my nightstand. She was my first crush.

As for writing, I’m almost finished with book 4 of the Purple Heart series. It is entitled The Big Jangle, which is what Tom Petty called the Heartbreakers’ sound.  After a summer break, then I’ll begin a sequel to River of Tears. In the distant future, a sequel to Salt Fork Stations.

JEI: And I know you’ll be at Adesso Coffee in Mason, Ohio, April 2 from 10 to 1. I hope to see you there! Now, for a bit of the whimsical…what is your favorite music genre? Band or singer?

RN: Two favorite bands. Tedeschi Trucks is great. The Hold Steady is too. Check them out.

JEI: And… Do you have a favorite place to eat in Cincinnati? 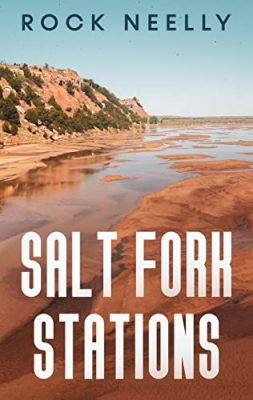 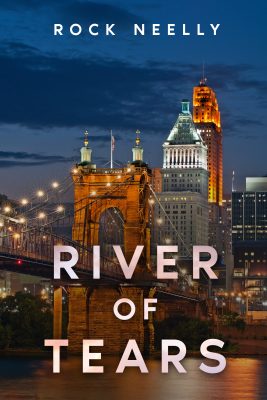 Find out more about Rock Neelly and his books at www.rockneelly.wordpress.com