Joining the Central Ohio Fiction Writers group has been a positive experience for me, a chance to meet and bond with other authors, learn from the monthly presentations, and expand my list of books to read. I also had the privilege of working on the COFW Ignite the Flame Contest with the lovely Marisa Dillon, whose marketing expertise coupled with her writing provided a new direction for my own work. Dillon’s novels are historical romance fiction set in Scotland. Her interest in writing about faraway lands is an outgrowth of her own background. Marisa was born in Norway, raised in the states, and became a U.S. Citizen when her father became naturalized. Her maternal Italian grandfather, Pasquale Fatibeno, immigrated to America and gave her the other half of her international roots.

Growing up, Dillon traveled to Europe many times and was fortunate enough to tour much of the continent, as well as Scandinavia, staying at length with family or in unconventional places like a nun’s convent. When she’s not working with fictional characters, Dillon writes and creates for the television industry. An award-winning producer/director/marketer, she has worked on commercial production, show creation, product branding, and social media. 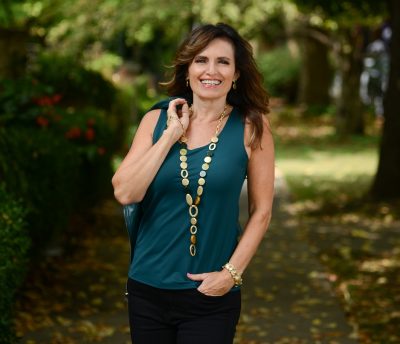 Janet Irvin: Hi, Marisa, and welcome to my author’s corner. Will you share with us a bit of your journey from reader to writer? How did you get here?

Marisa Dillon: My journey to publication all began in first grade when my poem was chosen as ‘best in class’ and was showcased on the wall in the classroom. From there, I began writing scripts for neighborhood plays and charging admission. (I was a young entrepreneur!)

JEI: As a journalist, how do you reconcile the fiction and non-fiction sides of your writing life?

MD: I worked as a television reporter right out of college but transitioned early in my career to producing entertainment shows and later commercials. Getting into ‘fictional’ writing was an easy transition.

JEI: Your novels are historical fiction. What drew you to the time of Henry VII and Scotland?

MD: Ohio has an amazing Renaissance Festival in the fall every year, and their cast of characters does a great job of dressing and acting true to the time period. When I walked through the village, I felt as if I’d time-traveled to England and was inspired by one of my favorite reenactments of that era, the joust. I’d always marveled at the principles of knighthood and the tenets of chivalry. Their knights trained extensively, and I had an opportunity to interview some of the re-enactors for my research. I was fascinated by that time in history. Once I started down that path, I was hooked on the late 15th century when King Henry VII took the throne, and the House of Tudor was formed.

And every good historian knows Scotland can add depth and drama to any story. Wars between Scotland and England have waged for years and the history of the conflict provides a great backdrop for my “Ladies of Lore” series. I love intertwining real history with fiction in my novels.

JEI: You have three novels in your Ladies of Lore series. Did you start writing with the idea of creating a series or did it simply grow organically?

MD: Like my first-grade writing experience, I was rewarded early with my efforts and have coined the phrase, “accidental author,” when talking about my first manuscript sale. My mentor, a successful romance author herself, told me most writers don’t sell their first manuscript. So, my expectations were low when I pitched to an editor at a national conference. But I was rewarded a week later with a contract for my first book and was then on the path to publication! That defining moment allowed me to look into the future of the fictional world I’d created, and I was certain there was much more story for me to weave featuring the Luttrell brothers.

JEI: So, you traveled to Scotland and had the opportunity to do research first-hand. How amazing was that experience?

MD: It was a glorious gift from the universe. Somehow everything in my life aligned and I had the opportunity to go. When I was working on the draft for “The Secret of Skye Isle,” I was struggling with how to write about a journey across Scotland through the Highlands to a mysterious island made unique by glaciers and invading Vikings hundreds of years ago, when I had never set foot there.

JEI: How do you do your research for the time period?

MD: I have books about jousting, sword fighting, castles, and more. Of course, the internet is a great resource. But in-person research trumps the traditional approaches. That opportunity only came when I was writing the third book in the series. Scotland has over 750 castles and I was able to visit ten of them. Two of those I write about in “The Secret of Skye Isle,” Dunvegan and Elaine Dolan. The latter is one of the most famous for being featured in a few well-known films like James Bond’s “The World is Not Enough.” 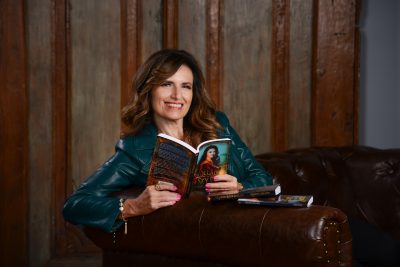 JEI: How has your background as an immigrant influenced your writing journey?

MD: My roots and traditions, as well as having traveled to many countries as a young girl, opened up the world and its history to me. Looking at buildings and artifacts that were hundreds, if not thousands of years old, gave me a sense of wonder and showed me how much more there was beyond my front door, giving me a chance to explore either through travel, research, or fiction.

JEI: What’s next for the ‘Ladies’? For you personally?

MD: “Ladies” is a completed series, but I’ll be signing paperback copies at “Christmas in Springboro,” Saturday, November 19th from 12:30-2:30 p.m. With that completed, I was moved to write a new series during the pandemic about three sisters in Regency England who gain social status through a gambling win. There’s a scandalous painting that goes missing and duels to the death for honor, and of course, the romance!

JEI: Who do you like to read in your historical romance genre?

MD: There are many talented authors, and I must admit I started reading Johanna Lindsey first. Since then, I’ve sampled many well-known and obscure, but I believe I have read every one of her books and she is still my favorite.

JEI: She’s one of my favorites, too! What about outside the genre?

MD: I do love many of the classics of literary fiction, and I will jump into a library book club or take a recommendation from a friend for the right book. My most recent read was “The Harlem Shuffle,” by two-time Pulitzer Prize-winning author, Colson Whitehead. That was “off the beaten path” for me, but I love great storytelling.

JEI: For fun – where do you most like to vacation?

MD: I love to pick new places to visit. My idea of a good time is exploring and finding new adventures. I can’t choose just one place.

JEI: You write about poisons and antidotes. What’s your favorite poison story? 😉

MD: Well, I don’t have a funny poison story, other than that I tell my husband not to let anyone check my internet browser history because I really don’t want to ‘do him in.’ But I also write about the power of Faeries in “The Secret of Skye Isle.” And I have an anecdotal story on that subject. One of my research goals for traveling in Scotland was to find out if the Fae, or Faeries were considered lore from a time long ago and if that history had any relevance today.

I wasn’t, however, prepared for the response I received to that question. It was the men who were the biggest believers and defenders of the wee folk. And Faeries in historical times were not your Disney version. No, most were mean, formidable, and darn right dangerous. I had several occasions where burly, mature men would shudder and quake even at the mention of the Fae. It was great fuel for my story!

JEI: My thanks to Marisa Dillon for this lively discussion. For more about Dillon and her books, visit marisadillon.com. 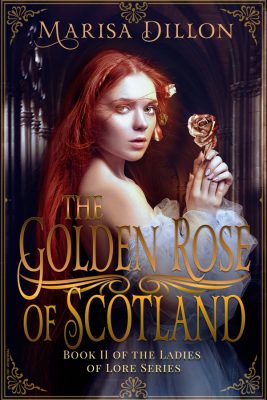 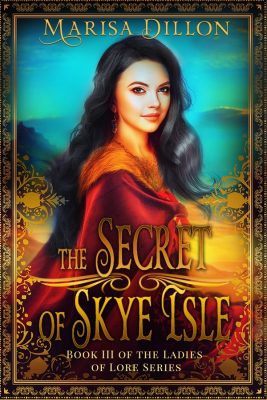 May 2022 Author of the Month: MELISSA W. HUNTER

Every once in a while a novel comes along that stirs your heart. Melissa Hunter’s debut novel What She Lost is that kind of story. Based on the real-life story […]

April ushers in wet weather, early blooms, and a new release from this month’s special author, Rock Neelly. If you follow my writing journey, you already know that I seek […]

I love Book Fairs and Book Signings, not only for the opportunity to talk with readers and the public in general but also for the chance to interact with fellow […]

February has many celebratory events, but the most recognizable has to be Valentine’s Day, and what could be more appropriate than inviting a romance author to visit this month? It’s […]

It’s a new day in a new year…welcome, 2022, and welcome, as well, to Maggie Blackbird, who writes romance novels set among Canada’s indigenous people. About herself, Maggie is an […]