Previous Next
December 2020 Author of the Month: MEREDITH DOENCH

The month of December always arrives precipitously, hard on the heels of November feasting, bringing with it my birthday, the festive holiday season, and the longest day of the year. This has to be my favorite month, and who better to grace it than one of my favorite authors, a Dayton local who teaches at the University of Dayton, offers multiple writing workshops around town, and has written a deliciously entertaining series of mysteries. The Luce Hansen tales introduce the reader to an intriguing new sleuth with a setting dear to my heart, the southeastern portion of Ohio. 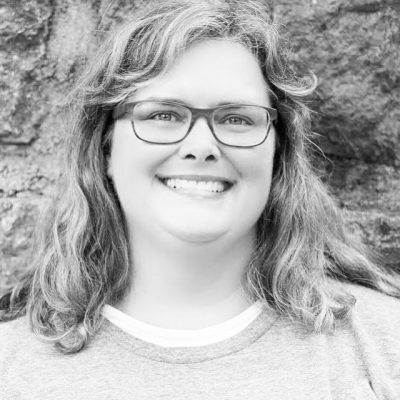 Janet Irvin: Hi, Meredith, and welcome to my web home. I want to start by addressing your dual roles in your professional life. You are a teacher and a writer. How do your two worlds interact?

Meredith Doench: I have learned through my teaching that there is so much I still need to learn about creative writing.  One of the reasons I love creative writing is because there are countless ways to do it “right.”  I am fascinated by the multitudes of ways to combine language and the different points of view my students bring to their writing.  I work hard to create an environment in my classes where we all learn from one another.  There is always room for improvement in my own writing, and students inspire me to try different genres and to think about writing in new ways.

One of the best ways for me to grow as a writer is to engage in discussions about craft with others—we are all writers on some level.  I love to go to writing conferences and workshops for this very reason, and I always leave with a few new ideas abo how to approach my own writing projects.  There is so much reciprocity in the workshop environment and fluctuations of roles between teacher and student—I love that!

J.I.: I love the originality of your series. What inspired you to write in the crime mystery genre? How did your main protagonist, Luce Hansen, come into being?

M.D.: Let me start by saying that I’ve wanted to be a horror writer since the eighth grade.  Therefore, much of Luce Hansen is built on the horror genre.  If you think of a horror book/movie protagonist, it’s my Luce Hansen.  She is an underdog and generally working alone against large forces of evil.  She is also an outsider in her world (a lesbian special agent, a woman in a highly-populated male work environment).  Luce is also very small in stature, something she struggles with in her career, as well as emotionally compromised most of the time.  Given these elements, she is not the likely person most would pick to save the day!  Luce is very smart, though, and is revered for her ability to track and stop serial killers (that alone has the makings of a horror show!)  In addition, Luce has issues of her own to work with (or through) including addiction, PTSD for the murder of her first girlfriend, and the crushing guilt of knowing she might have stopped that murder if she’d only arrived a little earlier.  It devastates her.  She also was raised by a single father after her mother left them when she was three.  There is a lot going against Luce, just as there are against the protagonists in the horror genre, but she is determined to fight evil the best way she knows how.  Sometimes the most heroic acts come from those who aren’t necessarily celebrated in real life.  While I have moved on from my desire to be a horror writer, there are still elements of that genre in my writing.  In the past few year there has been a shift in my writing from horror to a focus on issues of justice.

Another major inspiration for Luce’s character was my own frustration in finding books to read as a teen and young adult about lesbians or women struggling with their sexuality.  I was looking for these representations of LGBTQIA in books and couldn’t find them.  The sad thing is there were people writing these novels and stories!  Granted, I should have asked a librarian for help, but the stigma of LGBTQIA, particularly for teens, kept me (and countless others) feeling isolated and alone.  I’ve always loved the quote from Beverly Cleary: if you can’t find the book you want to read, go write it.  Well, that’s basically what I did.  I never want another teen/young adult to struggle in finding representations of themselves in literature.

J.I.: I so admire your courage and compassion in offering these novels to readers. 🙂 How much research was required for the books?

M.D.: I get this question a lot given that the crimes in my books are very detailed.  Each book took me quite a bit of time to research.  In my first, Crossed, I interviewed police officers and detectives—anyone who would talk to me about their work in law enforcement.  I did ride-alongs with officers and a lot of reading into the rules and regulations of special agents.  I also studied specific cases that were like those I was writing.  The book Crossed also took a great deal of research into ex-gay ministries and their history, something I didn’t know very much about.  In my second, Forsaken Trust, I was able to use my hometown as a resource for information on opioid abuse and human trafficking.  A good friend of mine is a police officer in Ohio, and she was able to provide me with a lot of the information I needed.  For the third, Deadeye, a lot more detail was needed than my officer friend could provide.  I was very fortunate to meet TJ Turner, a special agent and a great author.  (If you haven’t read his books, do so!).  TJ was able to provide me with the crucial details about weapons and bullet logistics that this third book required.  I’ve been very fortunate to meet and work with officers and special agents who are willing to speak about their experiences and share their time.  My books would not have been possible without their expertise.

J.I.: You and I share a mutual love for southeast Ohio, the people and the places found there. On your website, you speak about your childhood exploring Salt Lake State Park. Was it a conscious decision to place your stories there or did the setting evolve around the character?

Great question, Janet!  I don’t think writing about this part of Ohio was a conscious choice in my first book, but it certainly was for the two novels that followed.  Southeast Ohio holds a lot of fond memories for me with its wild beauty and farmland.  My mother’s family has a farm near Salt Fork and has worked the land for generations.  I spent a lot of time there as a child.  There’s a flip side to this bucolic version of southeastern Ohio, though, a hardscrabble ruggedness willing to battle for its very existence. It’s a place that can go from peaceful to dangerous in a matter of minutes, just one of the attributes of the land that has drawn a few serial killers to use this region to hunt humans and then leave the bodies behind in the natural elements. It is that same dichotomy, an opposite of extremes sitting side by side, that fascinates me. I found it to be the perfect area of the Midwest to serve as the fictional setting for the Luce Hansen Thriller Series.

J.I.: Given the times we are in now, I have to ask…How has this past year of pandemic cancellations affected your writing life?

M.D.: The pandemic has been very difficult for me, just as it has for so many other people.  My writing has certainly taken a hit—the uncertainty of the times and financial concerns have made it difficult to write.  On the positive side, though, the pandemic has connected me with countless other writers and editors from all over the world through zoom and crowdcast events.  I have attended conferences and readings virtually that I never would have been able to afford otherwise.  While I miss the face to face interaction of live events, I love that the pandemic has brought so many writers into our homes through virtual readings and discussions.

J.I.: What writing projects are you currently working on?

M.D.: My next novel, Whereabouts Unknown, will release in 2022.  I love writing the Luce Hansen books, but Whereabouts Unknown will be a departure from that series.  This novel centers around the Dayton Homicide Detective Theodora Madsen and her quest to find two missing teens.  Theo and her partner are about to have their first baby, and these crimes hit the detective particularly close to home.

I also love to write creative nonfiction, both short and long form.  I really like to rotate between the two genres as I see them complimenting each other.  A large part of writing crime thrillers is making them as realistic as possible, and my studies in the prison system and particular cases have helped me with that.  I’ve been working on personal essays that feature the Ohio prison system, an Ohio inmate, and his crimes.  This project is still very young, but I am hopeful it might lead to something larger in the future.

J.I.: Great answers, Meredith. Before we go, as always, I like to ask a few just-for-fun questions. Here goes…do you have a favorite writer and/or female character from the wider mystery genre?

M.D.: My first love in the mystery and crime genre was Clarice Starling from the Hannibal Lector series by Thomas Harris.  I also really love the Micky Knight series by JM Redmann.  I’m also quite fond of the Veronica Mars series.

J.I.: When relaxing after a long writing session, what’s your beverage of choice and why?

M.D.: My favorite drink after a long writing session? An ice-filled cup of fountain-fresh Mountain Dew!  It has been my favorite celebratory drink since I was a kid 😊

Here’s a bit more about our December guest: She is the author of the Luce Hansen thriller series from Bold Strokes Books.  Her fiction and nonfiction have appeared in literary journals such as Hayden’s Ferry Review, Women’s Studies Quarterly, and Gertrude. Her nonfiction essay “South Carolina, 2012” was nominated for a 2019 Pushcart Prize by The Tahoma Literary Review.  She served as a fiction editor at Camera Obscura: Journal of Literature and Photography and is a senior lecturer of creative writing, literature, and composition at the University of Dayton in Ohio. 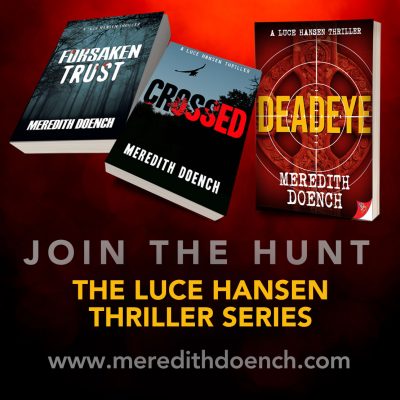