Previous Next
December 2021 AUTHOR of the MONTH: GREG ENSLEN

What a year this has been…ongoing pandemic concerns, a gradual return to in-person activities, a chance for new beginnings in all things, and a wonderful roster of authors to interview and add to my reading list. This month is no exception. With a drum roll, I present to you Greg Enslen, a writer engaged in his community and turning out new novels as we connected. A founding member of the Downtown Tipp City Partnership, Greg has been involved in his community on multiple levels. His writing includes a series featuring Frank Harper as well as Binge Guides to a number of popular movies and TV shows. I met him at The New & Olde Pages Bookshoppe in Englewood, Ohio,  last year, and, intrigued by his titles, which features colors, I invited him to visit my author corner. 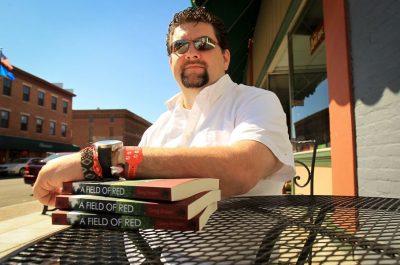 Janet Irvin: Welcome, Greg. It’s a treat to have you as my December author. Let’s start with your writing itself. You write both fiction and non-fiction. Can you share with readers how you began your overall writing career?

Greg Enslen: I’ve been writing since high school, but I really got started writing full-time in 2010. I went back and revisited a couple of books that I had finished, found a local publisher, and then continued writing both fiction and non-fiction. I completed my 32nd book, “Back to the Future: A Binge Guide to the Film Trilogy” earlier this year.

JEI: When we first begin to write, we always have choices to make when it comes to genre. So, why write mysteries?

GE: I started out writing thrillers and science fiction, and moving into mysteries seemed like a logical extension, especially since I wanted to move more into writing a series.

JEI: Your Binge Guides include Game of Thrones, Mr. Robot, and Suits. What made you decide to offer these to the public? Did you write them as you watched, or were they an aftermath of your viewing?

GE: I actually wrote them as part of watching “Game of Thrones.” I came to the show late, and when I went to the Internet for more information on a particular character, I was immediately informed of his death in an upcoming episode. I was frustrated that much of the information on the Internet related to TV shows like this include spoilers. I thought, “you know what people need is an episode-by-episode, season-by-season guide to different shows that they can read along with the show while avoiding spoilers.” The books grew out of my research into this particular show, and the format lent itself to other shows.

This past year, I finished an in-depth Binge Guide to the 1970’s show “Emergency!” I watched every episode at least four times, explaining to my wife that I was working on my “doctoral thesis in 1970’s-era fire and EMS procedure.” I also wrote my first Binge Guide for a movie series, in which I decided to feature my favorite movie of all time, “Back to the Future” and its sequels. Now, whenever I watch one of these shows with friends or family, I have lots of little tidbits of information at my fingertips from my research.

JEI: I’m interested in the protagonist of your series. Frank Harper is a troubled soul striving to bring justice to his world. How did you first conceive this character? How has he grown over the series?

GE: Frank is a troubled soul, you’ve got that right. He’s one of your standard “ex-cop with a drinking problem” characters, but I wanted to bring something different to the genre. His main goal is attempting to reconnect with his daughter and a grandson that he’s never met. I thought it brought an interesting twist. When he visits his estranged daughter in the first book in the series, Frank learns about a local kidnapping case and can’t help but get involved.

JEI: The titles of the Harper series books each feature a color. Why did you decide to link the novels in this fashion?

GE: I actually didn’t start out that way. The first book in the series, A Field of Red, just made sense because fire is a theme of that book. At one point, my main character is trapped in a precarious situation and almost burned alive. When it was time to write the second book, I had the idea of doing something else with a color theme, and it just kind of stuck. My fifth book, Green with Envy, came out in late 2020, and the sixth book, which I’m writing now, will probably be the color blue.

JEI: How do you organize your time to incorporate your writing as well as your volunteer work in the community…for example, your work with the downtown Tipp City Partnerships and the Tippecanoe Farmers’ Market?

GE: It’s a constant struggle to figure out what to work on next. I recently ran for City Council here in Tipp City and won, so now I’ve added those duties (which start in January) to the pile of things I’m trying to get done. I do have a lot of “to-do” lists, and I use two computer tools to keep me organized: Notions and Scrivener. Notion helps me keep everything organized, and provides me with one master to-do list, so I know what I’m supposed to be working on today versus what can wait until tomorrow. I also use it for all my notes, brainstorming, prioritization of projects, and ideas for future projects. I do all of my writing in Scrivener, including my weekly newspaper column for our local paper, the Tippecanoe Gazette.

JEI: Do you have to figuratively ‘switch hats’ to go from fiction writing to your non-fiction work?

GE: Actually, it really helps. I have never had a problem with writer’s block because I have a tendency to switch back and forth between projects when I get bored. Whenever anybody asks me about writer’s block, I always tell them the same thing: they’re probably working on the wrong thing. If they are stuck on a project, it might be their brain trying to tell them to take a break from that project and work on something else.

JEI: Have there been any mentors in your life who helped you with your writing career?

GE: I have not had the good fortune of having a mentor, but I try to follow the advice of my favorite writer, Stephen King. He says there are plenty of story ideas out there, and if you’re open to them, you’ll get plenty of ideas. Everyone does. The trick is you have to be open to the new ideas and when they come along, you have to JOT THEM DOWN immediately. This does two things: you get a great list of potential ideas, and it trains your brain to offer up ideas because it knows you will take them seriously and record them somewhere. It will also stop your brain from offering up the same ideas over and over. You just have to be willing to be ready for them in to write them down when they happen.

JEI: Sounds like good advice…and explains the hundreds of notes littering my creative workspace! Which of your books is your personal favorite? Why?

GE: My favorite book is probably my first one, Black Bird. It’s a scary book about a serial killer and a town full of people trying to catch him. I think it’s my favorite because it was the first book that I finished. Any writer can tell you that finishing a book is an amazing feeling, something like putting together the world’s largest jigsaw puzzle. It’s an amazing feeling of accomplishment.

JEI: I agree. Now, for a bit of fun: What is your favorite movie and why did you choose that one?

GE: My favorite films are the original Star Wars Trilogy and the Back to the Future Trilogy.

JEI: Good choices! And, if you could pick one spot on the globe to visit, where would you go?

JEI: Sign me up, too! I’ve been to Spain five times and I’d go back in a heartbeat.

For more about this author, visit GregEnslen.com. 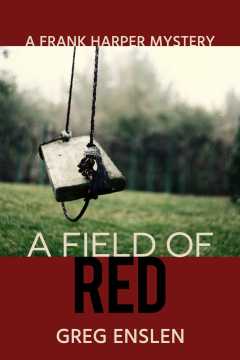 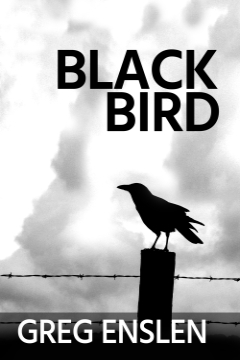 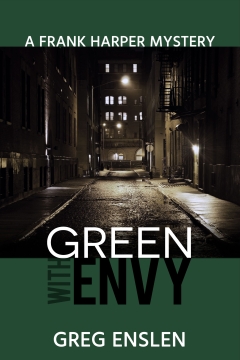 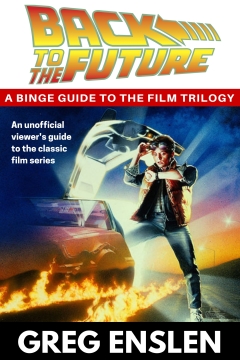