Previous Next
December 2022 Author of the Month: JORDAN RILEY SWAN

Does the romance genre have room for male writers? Definitely, and this month’s author — Jordan Riley Swan — is proof of that. Swan is the alter ego of Bernie Miller, a self-proclaimed ‘wild word hunter’ who also writes with a crew to produce romance novels as well as epic fantasy tomes. In addition to running successful business concerns and writing, Swan has served as president of the Central Ohio Fiction Writers organization. His interview provides a delightful glimpse into his world that includes dropping out of high school, pursuing his GRD, creating an online antiques business that morphed into two physical store locations, and developing his own publishing group. Swan is that unique blend of a self-actualizing businessman and successful writer. Rather than spend time on introducing him here, let’s get right into the conversation itself! 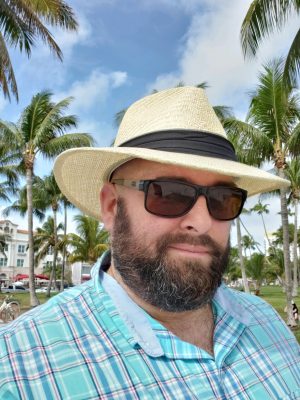 Janet Irvin: In your bio, you detail your path to writing. How do those educational and business moments impact your plots and/or themes?

My thanks to Jordan for spending this month at my author’s table. Below are a few of the covers for his stable of books. For more information about, Jordan Riley Swan, check out https://www.jordanrileyswan.com/