Previous Next
October 2020 Author Of The Month: KATHLEEN AMBRO

I met Kathleen Ambro at a writers’ gathering before the pandemic took them all away. She was delightful. We shared information and talked about our writing. I’m always intrigued by the variety of ways we choose to tell our stories. As an author of children’s books and of a biographical novel, she has some insights to share with us. As we talked, I knew I wanted to host her on my website because she had a story to share with other writers interested in the genre of children’s books. Please help me welcome Kay to October’s author feature. 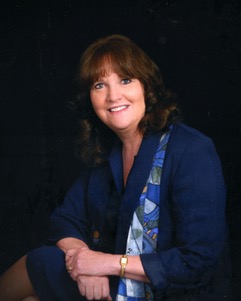 Janet Irvin: Hi, Kathleen. I’m so glad you’re here with us this month. Let’s get right to it. You started writing articles for magazines. How did that happen?

Kathleen Ambro: I started writing articles quite by accident. My husband’s cousin fell and broke her shoulder, and while she recuperated, she stayed with us. During this period of time she would constantly knit. Turns out she was known as The Mitten Lady of St. Louis. Every year she would knit 300 pairs of mittens and send them to her former church in St. Louis to be given out as Christmas presents to any needy child to keep their hands warm during the cold winter months. She was in her 80’s and started knitting the mittens when she was 15 years old. When it was discovered that our cousin had cancer, I wanted all her friends to know about The Mitten Lady of St. Louis and that one person can make a difference.

The next morning I found a new local newspaper in my driveway and decided to send off my first article to them. I received a call from the editor of Valley Life. They not only wanted to print my article but wanted to include the photos I had sent with it. After the article appeared in the newspaper, they received such a good response that I was offered my own column. After about a year with them, I started writing articles for other publications, but writing books was always in the back of my mind.

J.I.: The moral of that is it never hurts to reach out! Now, on your website, you credit your fifth-grade teacher with requiring weekly stories. Can you expand on that a little?

K.A.: While I was in fifth-grade, I lived in France. The school was on a military base and required students to be three months ahead on their studies for when the family would be transferred back to the United States. So you can imagine all the extra homework we had to deal with. When our teacher gave us an assignment to write a short story or a poem every weekend on the topic of her choice, moans and groans filled the room. But we soon turned it into a competition and couldn’t wait until Mondays to hear all the stories and vote on the best one. That is when my love of writing was born.

J.I.: As a teacher, I love hearing about the impact one can have on students. Who else has served as mentor or cheerleader for your writing?

K.A.: My most loyal supporter has been my husband who also happens to be good at editing my work and does not hold back if he sees something that might not make sense. Of course, being part of a writer’s group that meets once a week to go over chapters has been most helpful.

J.I.: I do miss having a regular writers’ group. So, tell me, you write primarily children’s books. Why did you choose that genre?

K.A.: When my son was little he had two pet lizards he named Bebe and Poppy. At night I would tell him stories about the lizards. I started writing the stories down, then sent the first one out to several different publishers. Back in those days, the editors would often write comments on their rejection letters. I soon collected several of those and discovered that I got positive comments on the story idea, but they did not want any more talking animals. So the stories ended up back in the file cabinet.

Several years later when we moved to Carmel-by-the-Sea, I had a writer’s group meet every Monday night at my house. At the time I was doing research for an adult book, but needed to have some writing for critique so I dug out the Bebe and Poppy stories and fine-tuned them during our Monday night sessions. At the time I was also working at the children’s library in town and discovered that about 90% of the picture books had talking animals. Again I sent out the manuscripts to publishing houses and again I got rejected for having talking animals. Finally, a friend suggested I publish the books myself. What a daunting task that was! Soon The Adventures of Bebe and Poppy arrived. Book #1 Why Lizards Wear Tennis Shoes shows how Bebe and Poppy work together to solve a very BIG problem and learn about recycling. In Book #2 Horrible Horrace, children learn how Bebe and Poppy take a bad situation and turn it into something good when a bully wants to take over their tennis shoe shop. Book #3, The Trouble With Spike, focuses on homelessness and how caring for others can lead to new friendships.

J.I.: What are the difficulties in writing for children?

K.A.: I could write a whole book on that subject, but I’ll try to narrow it down. You have to keep the picture book at thirty-two pages, not just for the child’s attention span but also for the layout and the expense.  You have to choose your words carefully, keeping in mind the vocabulary for the age group. As a writer, the story was the most important thing to me. However, the illustrations are what first captures the child’s attention. I was fortunate to find a wonderful illustrator at an arts and crafts festival. She and I were able to work my story around her illustrations. It was also important to me to have the books printed with a glossy hardcover suitable for library use. When I did talks at schools, I always had plenty of bookmarks and coloring sheets of Bebe and Poppy available. To get the students’ attention before I arrived, I would have large posters of each of the book covers hanging around the school about a week before each talk. A few days before, the schools would allow me to send home an order sheet with each student. For each book sold a percentage would go back to that child’s classroom. I found that the preparation needed before doing a book talk with students was much more intense than talking with a group of adults about a novel.

J.I.: You also have an adult novel you describe as biographical. How did this novel originate? What made you decide to expand your reach to adult fiction?

K.A.: When we bought our house in Carmel-by-the-Sea, California, I noticed a seal from England stamped The Countess Kinnoull Estate was on the paperwork. I, of course, loving a good mystery,  wondered who this Countess was. Nine years later her story was finally told in my first biographical novel, Wealth, Sorrow, Redemption – The Adventurous Life of a Countess. She was a young girl born into wealth and married into royalty who soon finds her fairytale life spinning out of control. With the onset of the Roaring ’20s in London, she is seduced by the thrill of fast cars, bi-winged aeroplanes, dance halls, gambling salons, and a charming 21-year-old Earl.

When tragedy strikes and feeling isolated and alone, she escapes to Paris, finding solace in oil painting and writing. However, it’s not until she converts to Catholicism that she transforms from an impressionable young countess into a woman of substance. Wanting to make a difference with her inheritance, she turns to the Pope for guidance and her life begins a new journey of courage, espionage, and strength of character.

J.I.: Recently, you relocated to California. How has place influenced your writing?

K.A.: Place definitely influenced my writing of my first novel. I really feel that Providence stepped in when we bought our house in Carmel-by-the-Sea. Had I not seen that seal from England on the paperwork stating that our house was built on what used to be part of the Countess Kinnoull Estate, I would never have written her life story.

J.I.: According to your website, you are an evening writer. Did that start out as your preferred writing time or did it evolve into the best time for you?

K.A.: In the beginning, I preferred to write in the mornings but discovered that life is full of daytime interruptions. I now find that writing after dinner allows me the freedom from daily chores so I can focus entirely on developing my characters and story plot.

J.I.: As a convert to word processing programs long ago, I’m fascinated by your writing in longhand? Do you still write your stories that way first?

K.A.: I usually start out with an idea or an outline that I play around with in longhand first. Once I have the idea for the beginning, middle, and end, I switch over to the computer.

J.I.: What new projects are in your future?

K.A.: I’m currently working on a spy thriller, a historical fiction trilogy, and a couple of ideas for a few mysteries.

J.I.: Well, you have many ideas brewing, I see! Now, as always, just a little departure from the serious, who is your favorite children’s author?

K.A.: I always enjoyed reading Beverly Cleary to my son.

J.I.: And what is your favorite ethnic food?

K.A.: My favorite ethnic food has got to be Italian, but there are a few of Julia Child’s recipes that I’m thinking of trying. Is it wine time, yet?

J.I.: Thanks, Kathleen. I’ve enjoyed this chance to learn more about you.

You can learn more about Kathleen and her books at www.kathleenambro.com 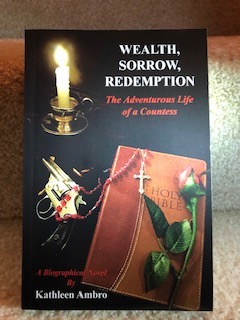