Previous Next
September Author of the Month: KEN SCHNECK

For a teacher like me, September has always meant beginnings…the opportunity to meet a bright new crop of young minds and watch them grow. For this journalist, the month also allows me to introduce you, dear reader, to an author and comedian I met virtually during this past year of Zooming. I was so impressed by his presentation and his personality that I invited Ken Schneck to be a guest…and he agreed! Ken wears many hats. He is a tenured professor of education at Baldwin Wallace, a well-known presenter at conferences and speaker at graduations, a contributing writer for a number of publications, including The Huffington Post,  a stand-up comedy star, and a stalwart champion of the LGBTQ+ community. How fascinating is that?  Let’s get started with the Q and A… 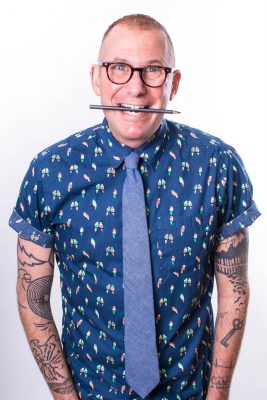 Janet Irvin: The first screen of your website opens with the descriptive “amplifying voices to create actual change (instead of creating more meetings about creating actual change).” I can relate. One of the greatest joys of retiring from the teaching profession was the elimination of meetings. At what point in your personal journey did you develop this philosophy?

Ken Schneck: I’ve always been pretty darn restless, so I’ve long been a less than ideal meeting attendee. I spent 10 years as a Dean of Students, and most definitely had my fill of meetings that were clones of the week before. Then in 2016, I attended a workshop on The Art of Hosting, an open-source set of strategies to actually move the needle forward on the real change in society I have always endeavored to create. And those 2 ½ days were a game-changer! Creating change is rough, but it really is possible, particularly if you have some nifty tools at your disposal and an irrepressible will to make a difference.

JEI: Your first book — Seriously, What Am I Doing Here? The Adventures of a Wondering and Wandering Gay Jew — is a travelogue that explores the search for meaning, and for a place and a community. What circumstances impelled you to undertake the trip itself and then write about it?

KS: At first, that travelogue was born out of simple means: I was in an unfamiliar land and I needed an anchor to ground me through the experience. I found myself as a gay Jew in Uganda, had no clue what I was doing there, and felt adrift. So I picked up my pen and journaled every single night of that adventure: raw, unfiltered, and bewildered. As soon as I returned from that trip, my marriage fell apart, and I started throwing myself headfirst into more adventures to find meaning in more unfamiliar surroundings. I wrote first and foremost to grab hold of something solid in the storm, but somewhere in there, I got the sense that people might get a small morsel of meaning from what I was writing by hand those many nights. And now those words are in people’s hands!

JEI: For me, writers and comedians share a particular trait – they stand alone in the spotlight working to elicit a response. How do these cross-pollinate in your own work?

KS: In my mind, there’s not a huge difference between my writing and my comedy…at least in the way I approach the two. My writing and my comedy are both rooted in authenticity: I think a thought, I say the thought, I write the thought. That adage of “write what you know” applies to comedy as well. What I know is me and how I approach the world in an endlessly curious, slightly snarky, pretty gosh-darn gay way. It is only when I have abandoned my authenticity that the writing and comedy just didn’t work. I have most certainly learned my lesson on that front.

JEI: The Book Loft in Columbus describes you as an author, a professor, a radio host, and a rabble-rouser. That’s an impressive list and makes for a busy life! How do you balance all aspects of your day?

KS: For me, they all bleed together. Around 6 years ago, I started burning out because I was saying yes to just about everything. There wasn’t a rhyme or reason to it. Then (with the help of a saintly therapist!), I was able to identify a narrative thread that motivated me: to lift up underrepresented voices. Now, everything to which I say yes and all of those different titles have to, in some way, connect back to that thread. When they do: balance. When they don’t: I fall apart. I have found the former to be way more preferable than the latter.

JEI: As a professor of education, what do you consider to be the most important trait of a teacher?

KS: Accepting that you can’t mandate what matters. Period. End of story. 😊

JEI: Given the social and cultural battles we find ourselves waging these days, how can humor be a tool to further tolerance and communication?

KS: Oh gosh, humor is honestly everything. But done in the right way. Humor that belittles, degrades, obfuscates? No. But humor that creates a welcoming space, enables participation, equalizes power structures? I have found no better tool in my toolkit.

JEI: You have written about the LGBTQ communities in Cleveland and Columbus and now Cincinnati. Are there any particular insights you gained about our state in general and the communities specifically as you researched each city?

KS: Although I love each and every one of the 500 images in the three LGBTQ+ history books, the ones that are most important to me are the ones focusing on activism: those points in time when communities came together to enact change. When the gatherings were interracial and intergenerational and interfaith and inter(fill-in-the-blank), coalitions were formed and change was forthcoming. The strength-in-numbers adage is real and powerful, and that has happened over and over again in Ohio’s LGBTQ+ history. When the egos got involved? That’s when it fell apart. Ohio is a super tricky state with its disparate political centers and uneven population dispersal. There were moments when a sense of urgency cut through all of the noise, and those are the moments that inspire me.

JEI: As you teach and write, do you find yourself more optimistic or pessimistic about our cultural evolution?

KS: This question implies a pause for reflection that sometimes I do not afford myself. And I need to get better at that. We probably all do.

JEI: Of all the activities and events that you do, which one provides the most satisfaction?

KS: I consider myself a good teacher, a fine writer, and an entertaining—and occasionally insightful—public speaker. But far and away, radio work gives me the most satisfaction. There’s something about that microphone that frees me up and focuses me in a way that neither the lectern nor the pen is able to do. I would give everything else up to do radio full-time without hesitation.

JEI: Any future projects on the drawing board that you care to share with us?

KS: Truly just more of the same over at The Buckeye Flame. There are so many LGBTQ+ stories to cover and so many attacks against the LGBTQ+ community to amplify. I fear we won’t be running out of content anytime soon.

JEI: Thanks, Ken, for joining me this month. And now, just for fun…What is your favorite go-to food when you need a quick meal?

KS: I’m quite the foodie and whiz in the kitchen, but when in a pinch, there is a local Chinese food place that has the best “Sweet and Sour Mock Chicken” I have ever had in my life. It makes me happy.

JEI: So, who is your favorite author? Why?

KS: Bar none: Randy Shilts (“The Mayor of Castro Street” / “And the Band Played on”). Randy approached his writing with a journalistic lens and an eye towards the greater good. He wasn’t shy about helping his interview subjects along and he would take on some of the most unpopular opinions even when doing so put him at odds with his own community. He was able to see the broader picture of the devastation of HIV/AIDS in the 1980s, took the extraordinarily pariah-like stance of advocating that bathhouses be closed to save public health, and stuck to his guns when even his own community shunned him. He is everything I aspire to be.

My sincere thanks to Professor Schneck for this wonderful glimpse into his writing and performing life.  Below are the covers of his books as well as contact information. 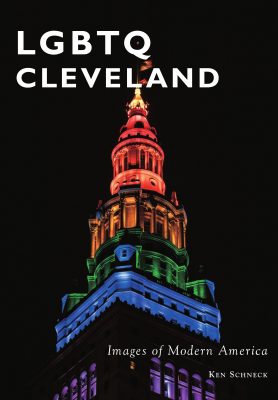 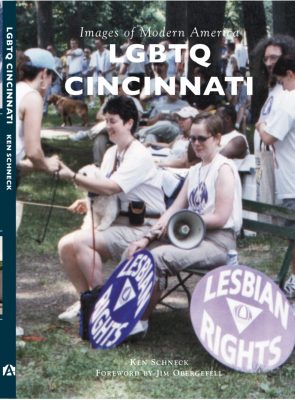 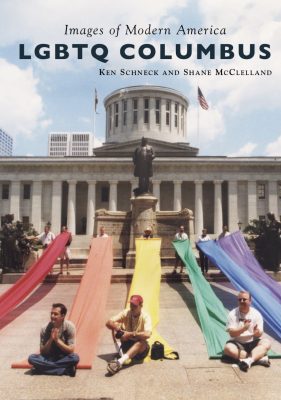