Okay, readers, I have a real treat for you this month…my first ever musician-author, the personable, talented Joe Oestreich. I met Joe at the now-defunct Antioch Writers Workshop and came away very impressed with his ability to make a large audience feel comfortable and eager to share their thoughts and writings. Joe is the author of four books of creative nonfiction: WAITING TO DERAIL (co-written with Thomas O’Keefe, 2018), PARTISANS (2017), LINES OF SCRIMMAGE (co-written with Scott Pleasant, 2015) and HITLESS WONDER (2012). His work has appeared in a variety of magazines and journals, including Esquire, Salon, Sports Illustrated, Creative Nonfiction, River Teeth, Ninth Letter, Fourth Genre, and The Normal School. Four of his pieces have been cited as notable in the Best American series, and he has received special mention twice in the Pushcart Prize anthology. Joe teaches creative writing at Coastal Carolina University in Conway, SC, where he serves as chair of the English Department. When not writing or teaching, he can be found playing bass and singing in the Columbus, Ohio-based band Watershed. (BTW, Joe tells us his last name, believe it or not, is pronounced “a-strike.”) 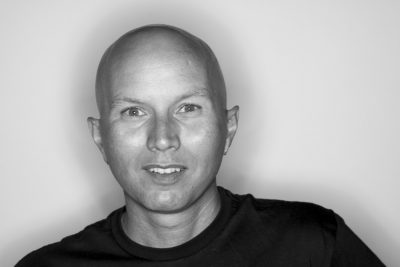 Janet Irvin: Joe, welcome to From the Write Side. I’m so interested in exploring your music/writing life. Let’s start with your music. According to my research,  you started the band Watershed twenty-five years ago during high school. Did you also start writing during those years?

Joe Oestreich: Ha. Actually, it was 36 years ago (could that be possible?), in 1985, back when my bandmates and I were high school sophomores in Worthington, OH. I read a lot back in those days, though I’m sure my high school English teachers, especially Ms. Pyron, would disagree. I really started reading in earnest once my bandmates and I dropped out of Ohio State and began touring the country in a beat-up van. Lots of time to read in the long miles between gigs. In those days I kept journals, but I didn’t turn any of that material into proper creative nonfiction essays until much later, when I was considering applying for MFA programs in creative writing.

JI: You play bass guitar and sing. Do you play any other instruments?

JI: Since you mention songwriting, let’s go there. Does song-writing differ from other creative writing forms? In what way?

JO: I learned a lot about creative writing from writing the kind of poppy, 3-minute songs that Watershed plays, especially the importance of brevity and clarity. In a pop song, the old saying goes, “Don’t bore us, get to the chorus.” I also try to keep that in mind in my essays. I always envision my reader as being generous and enthusiastic—but also impatient and mildly skeptical, just like the potential listeners for pop songs. The other thing I learned from songwriting is the importance of revision, of taking the song (and by extension the essay), through multiple drafts and experimenting with multiple styles, all in the hopes that the final recorded (or published) version will be the best possible version.

JI: You most often publish works of non-fiction. Did you make a conscious decision to go that route or did some event propel you in that direction?

JO: I kind of stumbled into nonfiction. In my late teens and early twenties, I fell in love with artfully told—but true—books like In Cold Blood, Helter Skelter, The Executioner’s Song, and The Right Stuff. From there I followed the family tree of what Tom Wolfe called “the New Journalism” to Joan Didion, Gay Talese, and Joseph Mitchell. I didn’t even know that creative nonfiction was a special discrete genre (much less that you could study how to write it) until my wife started grad school and I met folks who were in the MFA program in creative nonfiction. At that point, I decided to give grad school a shot. I was lucky that I chose nonfiction rather than fiction or poetry. There’s less competition. You know how they say the easiest way to break into the big leagues is to be a catcher? Nonfiction is the catcher of literature.

JI: That’s a great tip for aspiring writers to consider, which segues nicely into my next question. A common theme in your pieces is sports and athletes. Where did your fascination with athletics come from?

JO: I never played sports above the rec league/intramural level, but I’ve been a longtime fan (Browns, Buckeyes, Brewers). The great thing about sports is that conflict is built into the material. Also, because of the “containers” that are games and seasons, sports are easier to fit into a narrative arc than other types of material. Plus metaphorical opportunities abound. Also, I’m particularly attracted to underdogs and losers—something I surely learned from Gay Talese.

JI: I’ve always said that, for me, memoir felt like slitting my wrist and bleeding on the page. How do you balance the emotional connection with the objectivity needed to write truth as you see it?

JO: The first trick is to feel comfortable pushing yourself into material/events/feelings you are not entirely comfortable revealing. The second trick is to understand that you don’t need to reveal everything. The third trick is discovering that objectivity isn’t the goal. There’s value in the subjectivity—as long as you present it as subjective and don’t try to pass it off as objective.

JI: This leads me to consider another kind of balance — one between music and writing. How does that work for you?

JO: I like to stay busy. And as long as I’m creating something new, I’m happy. Again, in either case, as I said before, I’m aiming for clarity, brevity, and to try to get as close as I can to the essential truth of the story I’m telling—be it on the page or on a record.

JI: You’re also a teacher and have written a fight song “We’re the Chanticleers.” Can you speak to the satisfaction (or dissatisfaction, I suppose) to be found in the classroom?

JO: Teaching is difficult, of course, but I find it very rewarding. Not only is it gratifying to see beginning writers progress and improve, my own writing is better because I’m constantly asking (and trying to answer the question): “How does a person DO this?” Plus writing while I’m teaching forces me to confront whether or not I actually believe all of the stuff I tell my students.

JI: What projects have currently captured your attention?

JO: I’m working on a novel right now, about what happens to a married couple when the neighbor boy drowns in their backyard pool. I’ve written four nonfiction books, but this is my first stab at a novel. So far I’m having a great time writing it.

JI: Any chance the band will be playing in Columbus in the near future?

JO: Yes, in fact. On October 9 Watershed will be playing a show at the CD92.9 studios in Columbus. Check watershedcentral.com for more information.

JI: Now, for a few off-the-wall, personal questions…first, are you a good cook?  If so, what’s your specialty?

JO: It sounds simple, but I make a mean omelet. At least my kids tell me I do.

JI: If you could play with any guitarist in the world (past or present), who would you choose and why?

JO: The guitarist I’d most love to play with is John Lennon, just because I’d like to hang out with John Lennon. And then I’d step aside, hand my bass to Paul McCartney, and sit back and enjoy the Beatles reunion.

JI: My thanks, Joe, for joining me for this interview. For more information about Joe’s books and the band, visit joeoestreich.com. To contact Joe, austriajoe@yahoo.com. 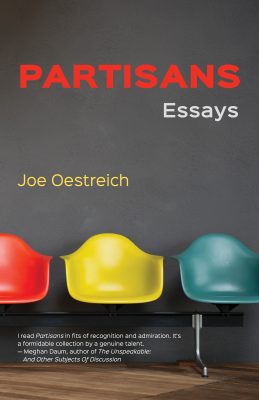 Okay, readers, I have a real treat for you this month…my first ever musician-author, the personable, talented Joe Oestreich. I met Joe at the now-defunct Antioch Writers Workshop and came […]

Connecting to other authors during my extended homestay has been both challenging and rewarding, especially since my introverted personality enjoys closing off the noise of the world and living the […]

May 2021 Author of the Month: ELAINE MUNSCH

In a normal year, we’d be fixing mint juleps and talking about the possibility of a Triple Crown winner. I can’t predict what this year’s Derby will look like, but […]

If the past year has taught us anything, it has highlighted the importance of connections. One of my favorite Facebook posters is the amazing author featured this month in the […]

March, the month of new beginnings as spring ushers in thoughts of rebirth and growth. What a perfect time to introduce you to Christina Consolino, Freelance Editor/Writer and Senior […]

The loss of in-person writing conferences has curtailed my ability to connect with new authors. However, past conferences have provided a wealth of talented writers who inspire and motivate my […]